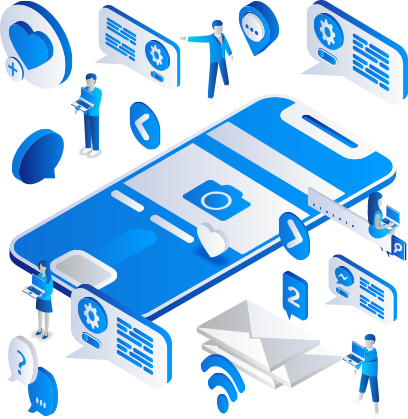 2018 is the most important year for innovations and regenerations. Be its latest technology, new innovations or upgraded software, everything is changing rapidly.

But this time my focus was more on text editors which are having some major competitions among themselves so thought why not let the readers know about it. So let’s get started.

Though an atom is relatively a newcomer in the industry but still gained a lot of popularity since its launch. Atom is the product of GitHub and it’s free. It is easily adjustable with Windows, MacOS, and Linux etc. Atom’s best features are; the auto-complete and intelligent suggestion option. It is very smooth. It also has a drag/drop file/folder option. It is customizable software where it can be utilized maximum. Its different languages make the codes readable. It also has some weaknesses which are not ignorable. It gets slow when handling a large file. Hence it is advised to use for small and medium-sized web developments.

It was released in 2007. And that’s why it is one of the most popular development environments. Their latest version is V3 Beta. And it’s been on this place for quite a while now. But it is still very stable. It is very flexible and fast in editing. Its installation takes time as it lacks in pre-installed parts like Atom. But once it is installed completely, it beats other text editors as it has the smoothest operation.

Its packages are great. But still lacks in some areas. Its auto-complete feature needs a lot of improvement. Also, there is no decent Git plugin and its integration is not up to the standard.

It is also an extremely popular product as it belongs to Microsoft. It is also available for free. It is used for both MacOS and Linux. It the newest text editor among all as it was released in 2015. Its most popular plugin is an ecosystem which is robust and many of its extensions are pre-installed. Its auto-complete feature is very quick and intelligent. The look is customized and can be used for both professional and casual use. If you are familiar with Microsoft’s programming products, you will definitely enjoy working in VS code.

It was basically designed for the commercial purpose. It is known as an advanced text editor as it has 14,000 packages; one for all. It has powerful features hence require a lot of time in learning. It is a superfast editor and one must learn to increase the productivity by using it fully. As there are thousands of packages, therefore the programmer must have the knowledge which program will be used for which purpose. Everything is this editor can be controlled through the keyboard shortcuts.

It is also known as the raw editor. And its various files are also available for customization.

I hope you enjoyed reading the blog as much as I loved writing it.

It’s time for me to search another great topic to write on it. Till then, happy editing.